Hi, I’m Scarlett Bearsdale, another lucky alpha tester turned guest poster! This will be a series of posts about things that could only happen in Alpha.

Something I’m keeping an eye out for in early Alpha are things to do and ways to play that just wouldn’t be possible at any other time. These differences in play are caused partly by the areas of the game that are not yet implemented on the alpha servers (like no instanced locations) and partly by the nature of alpha itself (for example, few players mean generally solo play.)

For now, (but hopefully not for much longer) we don’t have any access to proper housing, so we’ve been camping out all over Ur itself. These temporary home streets are the first thing about the way we play right now that made me think, “only in alpha!” Playing this way hearkens back to the long, long, ago – we essentially have no storage beyond what we can carry in inventory, except that there are no houses to buy. We have been taking over mostly dead-end streets and fellow alphateer Artemis has been keeping track of who’s where. In this way, we have a spot to dump our stuff at will – well, for some it’s more willy nilly than others. 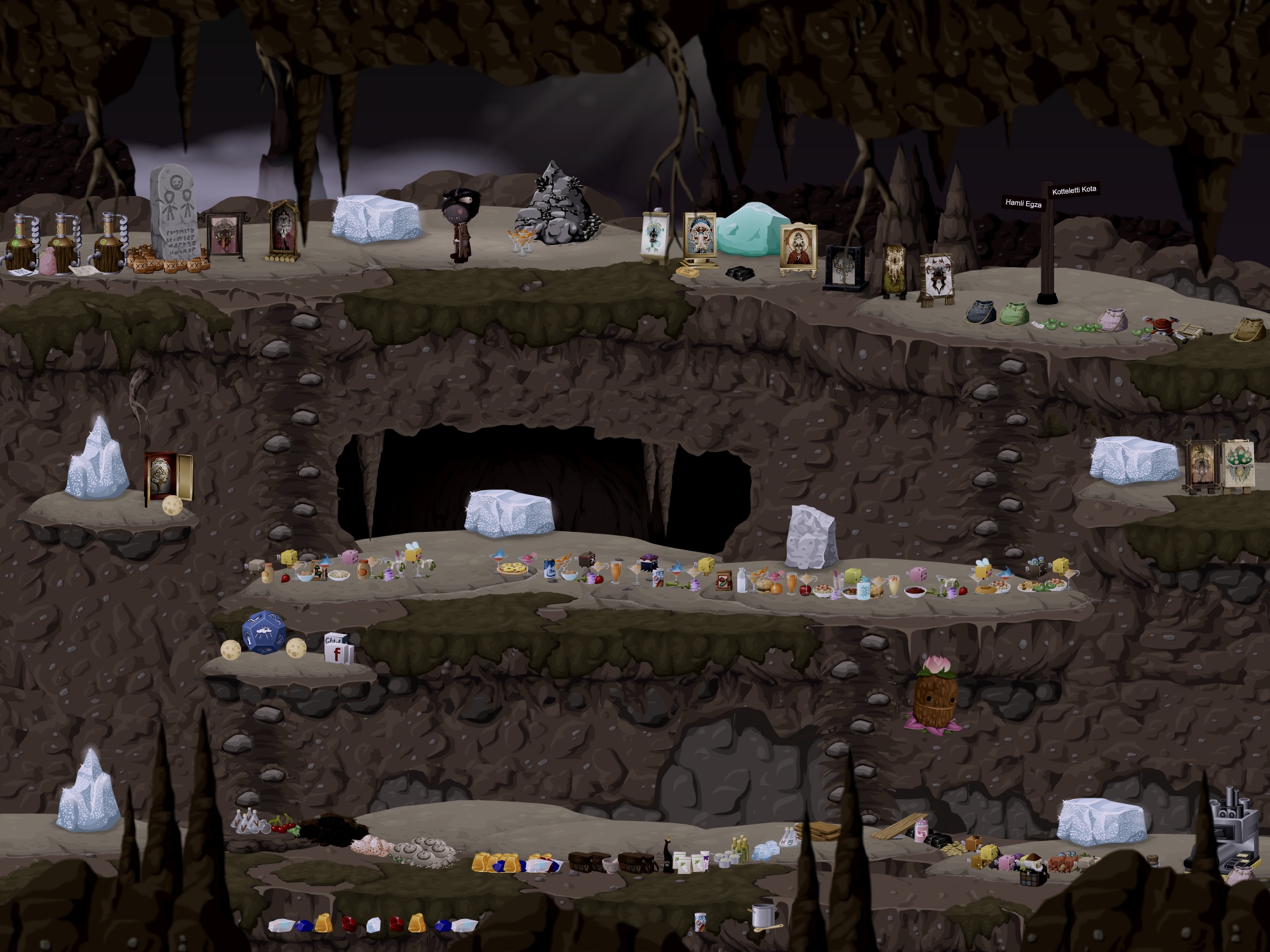 I meant to take better care of the place! But I ran out of places to put my stuff. It’s just like my old treehouse used to be, but with fewer convenient bushes to hide things behind. As usual I set up for a party on the middle platform.

One of the things I like about the temporary home streets is that although we may not run into one another much while playing, we can still leave gifts for other players. For me, play can sometimes feel a bit aimless once you’ve learned all the skills (again) and done the quests (again) because there aren’t very many long-term projects to work on. (That will change once we do get housing because that brings a lot of bigger, more time-intensive projects.) But right now, I’ve found that looking up and then hiking out to someone’s street is an enjoyable way to spend a play session and makes a productive and manageable goal for the day.  Along the way I can interact with trants, NPCs, quoins, and do other things that make the devs happy. It’s also nice when I unintentionally run across a campout as I roam across Ur. It can be fun to guess whose site you’ve happened across before checking the list. Whenever I find traces of other people’s activities in Ur I’m reminded that I’m not alone, and our paths are overlapping even though we can’t always see it.

Camping out in my temporary home street, Timtim Timm, is quite nostalgic for me personally. I feel a really strong connection to this street as it has been my true home in the game since almost the beginning. I discovered ‘Tim’ just after I joined, way back when the game opened after the first Beta.  I found there a great group of other miners and over time we claimed it as our own and made it our headquarters, party room, and base of operations. So “living” here during this stage of Alpha feels like quite a privilege to me because I know I could never camp out here like this during normal play, nor could I claim it to be just for me. In other ways, it does feel like it should echo a bit to have it all to myself! But ultimately, this space makes me feel more secure because it’s basically unchanged from the beforetime, even if the rocks haven’t been QA’d yet. So I haven’t really considered moving anywhere else – this is my spot and I’m sticking to it. 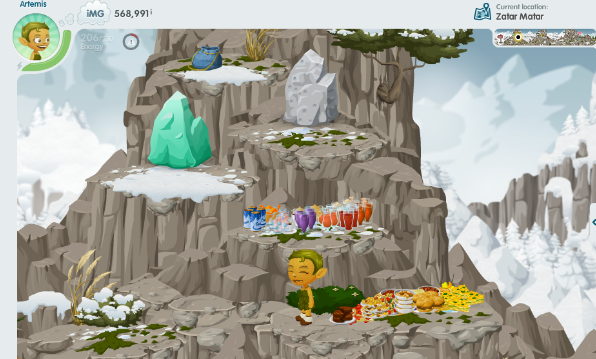 Artemis says, “From when I lived at Zatar Matar and I cooked enough food for the army in Mulan. They’re not gonna turn into a man on an empty stomach.”

For other alphateers, like Artemis and b3achy, it’s the ability to pack up and move on at a moment’s notice that’s particularly appealing about the current system. After all, temporary’s right in the name! You can decide on a whim to move to a frozen Grumbla region because you’ve been chipping away at a lot of ice for drinks, and then after another reset you find you’re exploring the firebogs and tending the herb gardens instead. There is a certain freedom to  squatting on public lands that is also combined with a heightened level of mutual trust that is very alpha. 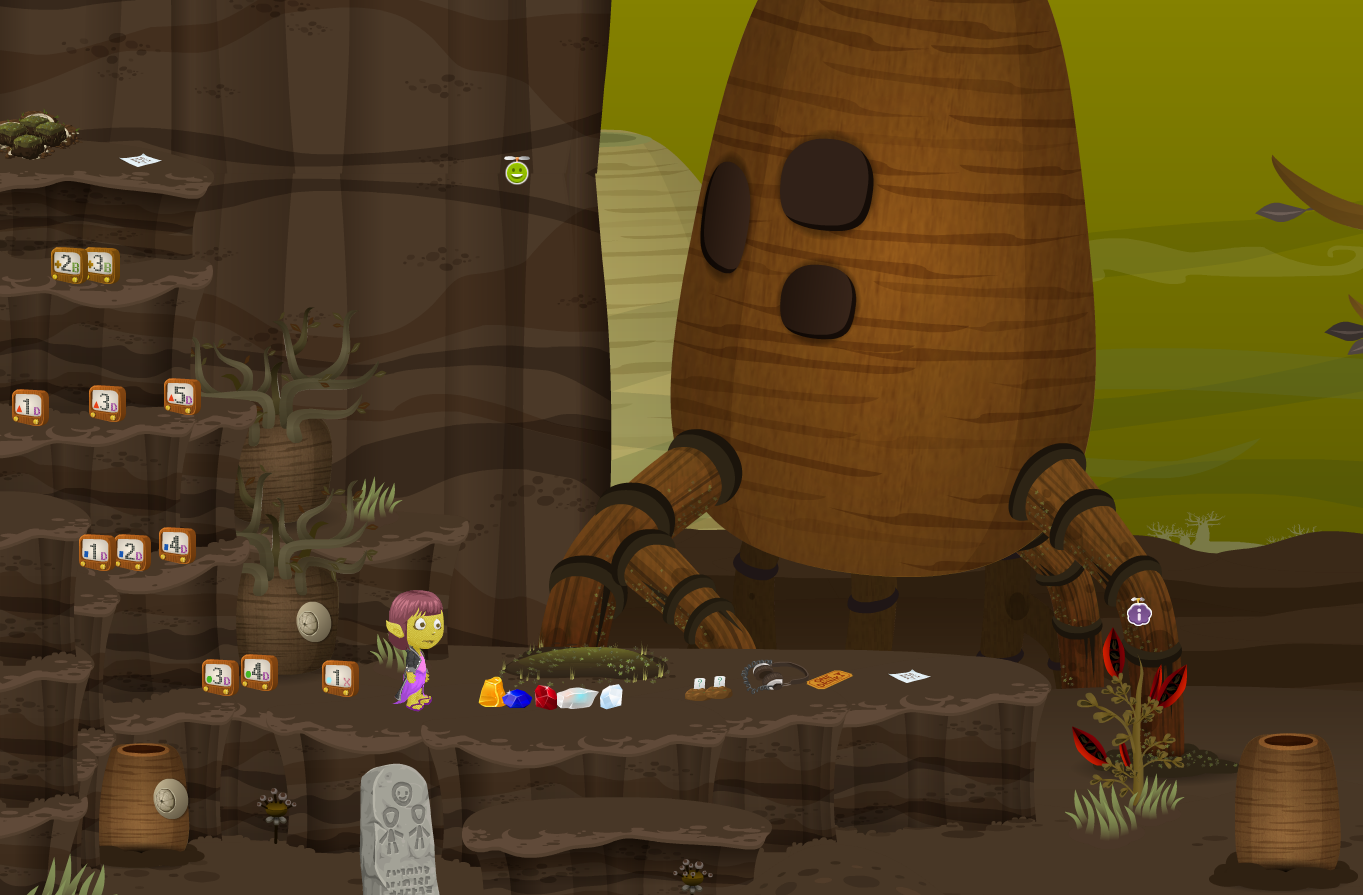 b3achy says, “I’ve now had four temporary home streets in very different parts of Ur – Shimla Mirch, Roobrik, Massadoe and now Jethimadh. I get bored easily!” (PSST that’s also b3achy’s spot in Roobrik at the top of the post.)

Lots of alphateers keep their musicblock and cubimal collections at home both to get them out of inventory but also so that other players can pick them up and get the respective trophies. It’s this kind of trust and lack of possessiveness that were hallmarks of the game that was, and are particularly encouraged by alpha and facilitated by this makeshift system. We’re a small enough group no one is going to just up and take your stuff, and in any case we aren’t going to be able to keep it for long before the next reset comes.   I imagine that in the future we may keep our collections similarly on our actual homestreets for sharing when they are eventually imagined on our server. 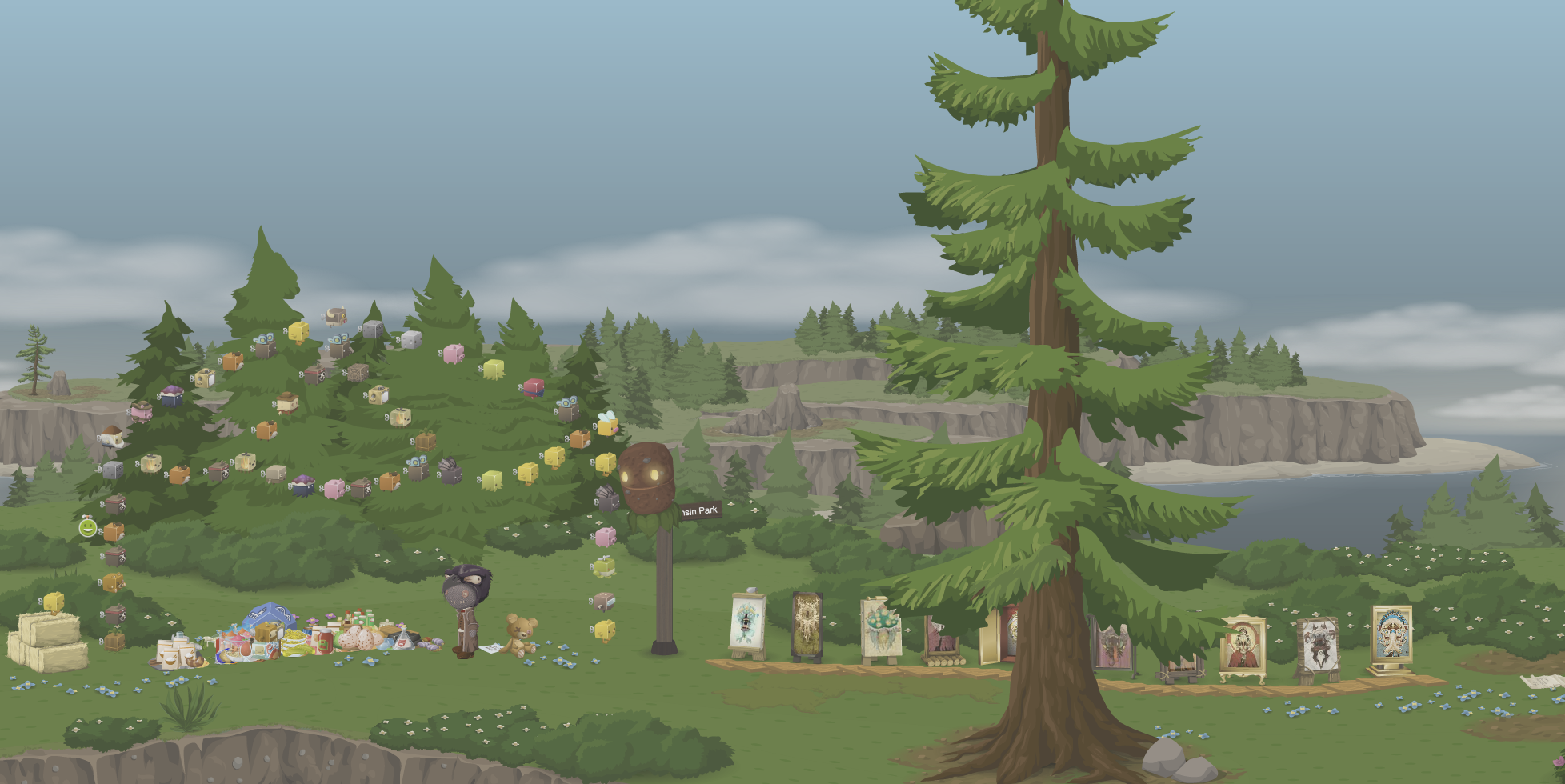 SmallChalet has made an art of cubimal arrangement on Dhab Habit.

We all can agree that there are both bonuses and drawbacks to these temporary home streets. Artemis pointed out that it’s nice to have a vendor of your choice and a shrine right at hand. However, we’re all struggling a bit with the organization which is negligible at best; finding a way to keep your piles straight is key.  Our camps also take up one of our teleport slots which, as alphateer Fidgety puts it, is quite a pain in the rear! Both of these drawbacks make things feel quite a bit like the old housing, but without the convenience of a cabinet. Some players are sure to pick a street with lots of ledges so that their piles and bags are somewhat sortable. Others use somewhat different criteria when choosing a spot to squat. 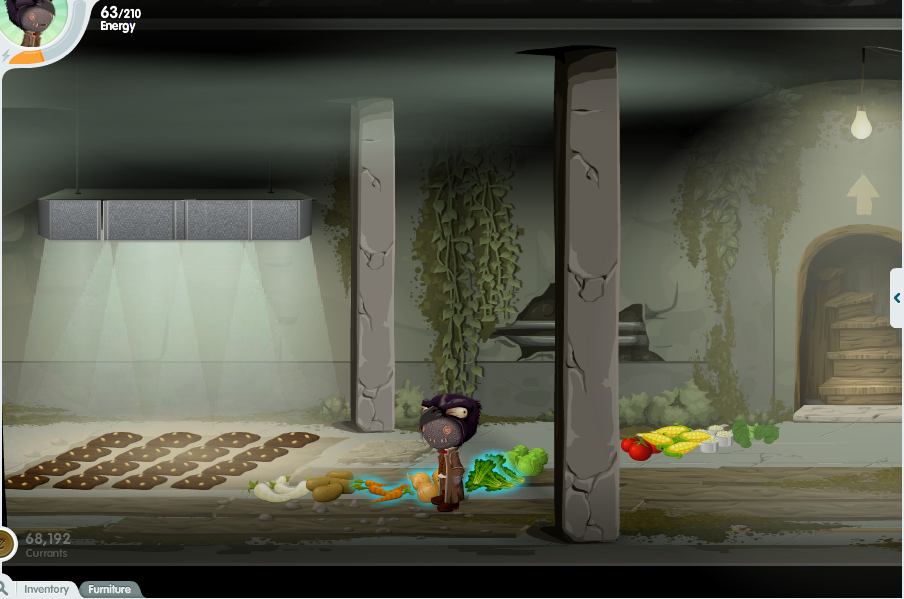 Fidgety says, “I live in a meth basement. It’s not so bad, really, once you get over the terrible smell. Sometimes, Rube comes to visit, and we watch “Rooking Rad” on GlitchFlix. I do a lot of gardening, and I’m thinking of branching out to the empire business.”

Fidgety, for instance, has set up in one of Ur’s more unusual locations. She’s been calling this dingy basement in Egret Taun home for a while in order to take advantage of the plots located under the grow lamps. And while no one has been living in literal Bliss, Ariaste was floating about May Soup in the Vortex of Random for a while. That’s an area that’s so beautiful I’d be glad to have an excuse to spend more time there! Maybe I’d finally figure out how the physics work.

But the best thing (in my opinion) is that for at least this short, nostalgic time, I get to live in Ur again and feel that a particular place is my home – where it both belongs to me and I belong to it. I’ve lived on Sini Shake and Lorme Rush, and now I can say that I’ve lived in TimTim Timm.  Not only that, but going forward I’ll always feel an even more enhanced sense of guardianship of this street due to having actually lived right here, among the sparklies we once named Old Faithful and Big Lick. I’m not trying to open up the new-vs-old housing debates – I love the homestreets system and I understand why we can’t really have links from homestreets to Ur directly.  That just makes this particular bittersweet aspect of “Only in Alpha” something to cherish while it lasts.