I’d like to take the opportunity to clear up some concerns I’ve heard since we made our announcement. If any of the points below appear blunt, know that it is so there is as little confusion as possible.

Ur is for Everyone

First and foremost, the game that is currently Children of Ur will remain open while we work together to open up the Eleven world. This was a vital discussion point when we spoke of coming together. It was important to all parties that there is a version of Ur accessible to everyone. There is not, and never has been, an intention to exclude people from Eleven’s Ur, which brings me to the next point.

Eleven’s Alpha has had to limit its community size for really boring, but irritatingly valid, reasons.

If we’ve never explained our reasoning in this manner before, allow me to do so now: when we started up, no one had the experience of large-scale community management. We were dealing with some really janky stuff, in terms of things going wrong in the first few versions of the alpha. Initially we picked people that we knew personally who would be patient with the super-crapness, had a good knowledge of the game, and would be able to get along with others in a very small (albeit virtual) space. It hasn’t been all sunshine and roses, but the work done by the Alphas as the staff has learned to scale up community management efforts (alongside bug tracking and your expected Glitch-y mayhem) has been invaluable.

We grew the community via personal recommendations, forum contests, Facebook contests, Kaiyon’s Dragon*Con contests, contrived SQL queries to figure out who was visiting the forum but not necessarily posting (hello fellow introverts!)…with each group added, the support load on myself and one other dedicated staff member increased. You’re all tired of the schtick about volunteer projects, real lives, and jobs, so I won’t repeat it. I can’t emphasize enough how true it all is. There are approximately 300 members in our testing community. Recent code changes have meant that the support load has become extremely minimal, which is fantastic news! It means we are able to add more people without fear of a hundred tiny disasters waiting to happen. I dearly hope that puts paid to any notions that we were being intentionally exclusionary or that less than 20 people had access. Neither are true, and the continued insinuations that they were have been pretty hurtful.

The world is a beautifully incomplete thing.

Eleven’s initial goal was to have the world exactly as it was at the shutdown. We were all high on purple when we thought that was a good idea! There are many locations that were not released back in 2013. I have had it personally confirmed from the-team-formerly-known-as-Tiny-Speck that these locations are lost forever…at least in their original form. Aside from pursuing server stability, we were also plodding along with this idea that we had SO MUCH MORE work to do before we could be ready…and thankfully, we realized that was just silly. The world is absolutely playable, along with the skills and maybe 90% of the quests (missing locations, tsk!)…so we’re taking perfection off the table in pursuit of a more open world. Locations will be rebuilt and added in as they are ready. Game hardware will have to be increased to support more people. We’re plotting how best to achieve it all.

The game will still be called Eleven.

I’ve seen people debate about what we should be called. There are some tech reasons to keep the game’s name Eleven. One is the following image, which was achievable with the existing art assets:

We may rebrand ourselves with a different team name. Laura from Children of Ur has played with blending our teal and purple identities into the existing logo, which was courtesy of Kukubee himself. We’re not trying to erase Children of Ur’s name or memory, so we’re going to come up with other ways to honor it.

We know, we can’t believe it either. The merger has given us new vigor to get the problems figured out, my hand to Tii.

So that’s the gist.

We are human. We are Glitchen. We are doing everything we can to prevent this game from dying completely. The blending of the two teams will only make us stronger. When the doors open, they will be open to all. Thank you for sticking with us. If you’d rather not, well, we’ll still be here with open arms anyway.

Please join us on the forum for any questions you might have. 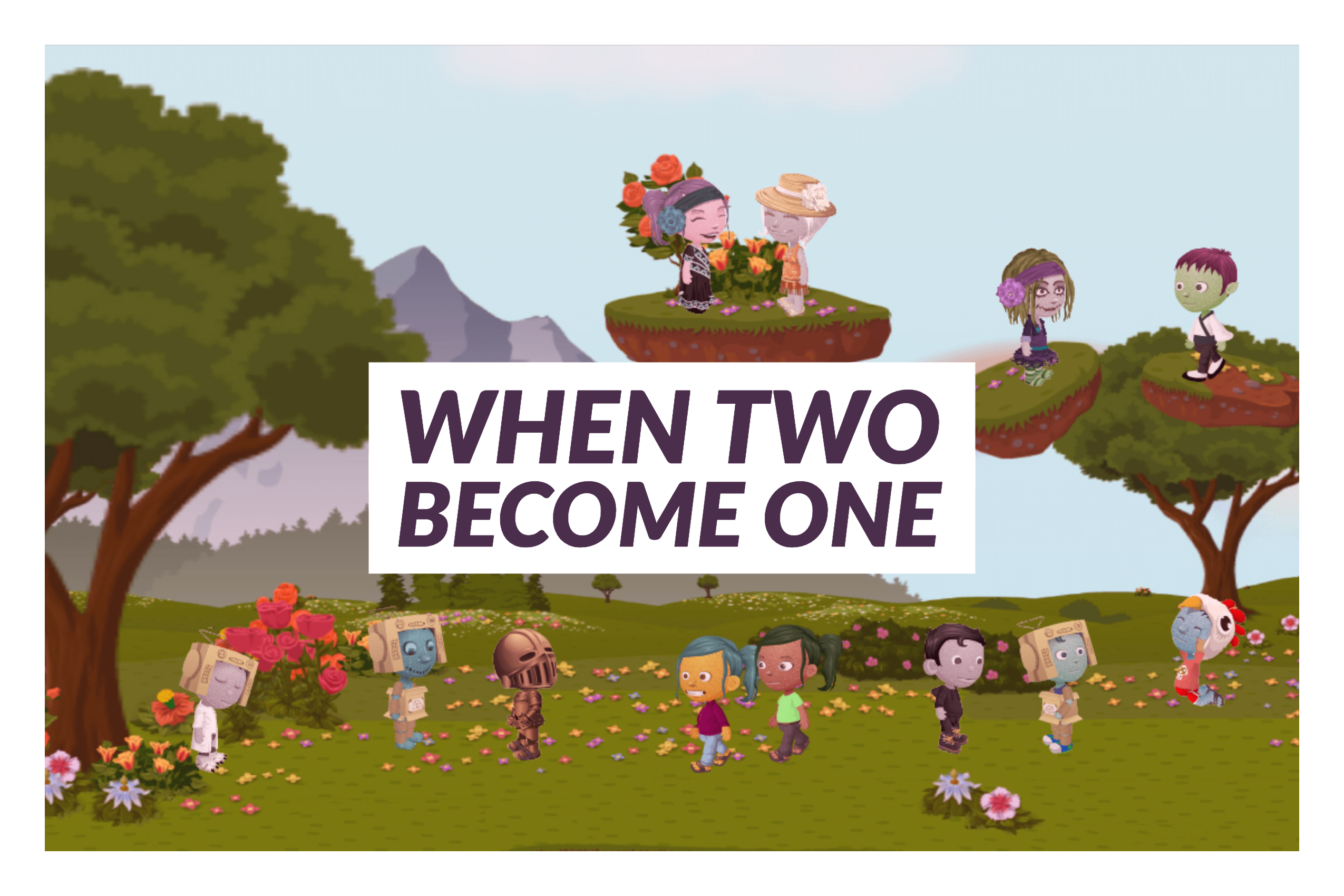